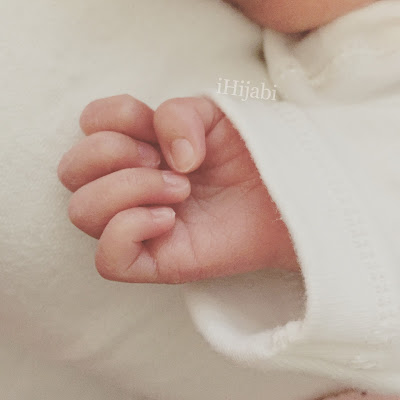 One minute I was at work, next I was on my way to the hospital.

Being a first time mum there isn't much support out there during pregnancy, due to cuts to the NHS or whatever the reason, when you're classed 'low risk' there isn't much patient - midwife interaction like there should be.

I had a few appointments with the midwife for check ups and booked myself an antenatal class at 35 weeks. Nobody told me what to look out for, what were supposed to be worrying signs or anything like that so my best friends during those months were google and netmums forums.

April 2017 and I was in mild pain for a few days, I called the midwife who told me it was Braxton Hicks (false labor pains) and that I should just take paracetamol. I thought nothing of it and headed to work. During this ordeal I realised that I had a very high pain threshold, 6 hours from giving birth and I was at work gritting my teeth and getting on with it. 33 weeks along it couldn't be contractions, or so I thought.

When the pain got too much to bear, my colleagues suggested I go home, I called the GP who said I should go to hospital just to get checked. Hubby came and drove me to hospital, a 5 minute drive from my workplace.

When I got there, I was checked (after two hours sitting in the waiting room) and told I was having contractions and baby would be born any minute, in a 'duh, you should already know this' kind of tone and attitude.

My mind was numb on gas & air when I thought 'oh I haven't got anything ready, no hospital bag, no car seat, no nappies or baby clothes'

My plan was to start my maternity leave at 34 weeks, just after the Easter weekend, to then go shopping for baby things, and rest up until she was due. But we plan, Allah plans and Allah is the best of planners.

The birth isn't how I imagined it would be, to be honest I hadn't let myself think about it because in my head I had ages left to think about and prepare for all this. It wasn't terrible or as painful as I thought it would be alhamdulillah, but that maybe because I didn't have time to build it up in my head and it all just happened so quickly.

As soon as she was born she was whisked away, I didn't even get to look at her properly let alone hold her, kiss her or give her a cuddle. I remember not hearing her cry and looking over, but hubby called out to say she was ok. He recited the adhan in her ear, literally the most heartwarming moment in my life; A new life came into the world with the call to Allah as the first words she heard.

I didn't get to see my baby until 3am that day when hubby wheeled me down to the neonatal unit. a tiny, fragile baby in an incubator, covered in wires and tubes, her face covered for the light therapy.

I was discharged 2 days later and we had to leave our tiny baby in hospital and go home. For a few days I was in a weird state of knowing I had a baby, but the fact that she wasn't with me and I couldn't hold her, meant my mind had a hard time adjusting to what had happened. Hubby was worried I wasn't bonding or possibly developing post natal depression, but alhamdulillah I adjusted and all those feelings and concerns dissolved once we took her home.

It's not easy having a preamture baby and I know she wasn't as premature as some of the other babies on the unit but speaking to the other parents I was comforted in knowing that we were all in the same boat and we knew how everyone else was feeling without even speaking, it was also good seeing babies finally going home after being on the unit for months, giving the rest of us hope that we will also be taking our babies home soon inshaAllah.

Some days were better than others, some days it was like we went 2 steps forward and 1 step back. I often cried myself to sleep and was an emotional wreck during that time, never actually having time after the birth to recover, to nest, to bond but rushing back and forth from the hospital, expressing in the expressing room like a cow, worrying about if she was ok, when she'll come off the oxygen, having to watch the doctors and nurses poke and prod her all day long. Alhamdulillah she grew and got stronger each day. 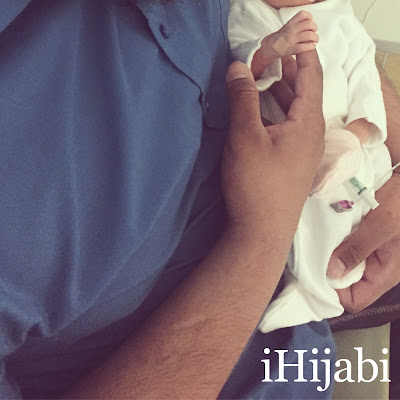 They never did find out why she was premature but I couldn't help thinking it was something I did or ate, maybe I wasn't cautious enough, or didn't do enough exercise, maybe I should have finished work earlier, but it was the qadr of Allah, just as our time of death is pre-destined so is our time of birth and this was a test of patience as everything was in the hands of Allah. For the first time in my life this was something so out of my control I just had to watch and wait.

One of the last things for my little bubba to master was drinking her milk without the nasogastric tube through her nose. After recommendation from the speech and language therapist, we bought Dr Browns Preemie bottles as they were the slowest flow teats and gave her a chance to catch her breath between drinking in order to control the suck, swallow, breath. (review for these bottles coming soon)

Some days were really frustrating because I just wanted to take her home but it seemed like we weren't getting anywhere. I asked the nurse why she was finding these things so difficult, when it's automatic for term babies, she told me as frustrating as it was for us we just had to be patient, one day she'll just get it, like a flick of a switch she'll be like a different baby and will be ready for home. Soon enough that's exactly what happened, one morning I came in and the nurse said she was drinking mostly from the bottle without choking and her oxygen levels hadn't dropped all night, she was finally ready for home.

After a month we took our little lovebug home. Excited and nervous hubby and I wrapped her up, put her in her car seat and took her home. A home without a cot or pram, who knew these things took so long to come? She slept in her sleepyhead deluxe sleeping pod and hubby slept on the floor until everything finally came another month later. We didn't care about the mess or the space we were just so happy that she was home with us. A few weeks later we welcomed Ramadan, what a blessing to enter the moth on such a high Alhamdulillah. 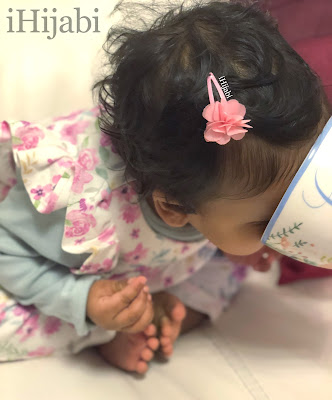 Now apart from a few things she's slightly behind on according to the doctor, like gross motor skills, you wouldn't know she was a premature baby Alhamdulillah. She does most things babies her age are doing and some things she is doing at her age corrected. She is a lively, demanding, fun, loving little girl, full of character and a her own little big personality.

This winter she picked up a lot of bugs and got ill quickly because her immune is slightly weaker than other babies but Alhamdulillah this little girl is a fighter and she's still getting stronger.

She loves watching learning with Zaky on Youtube as well as the phonic's song, she babbles away,  has 2 little teeth and although she can't crawl, she thinks she can walk.

We do still worry a lot, is she eating enough? Is she putting on enough weight? Why can't she crawl yet? Is she pooing enough? Why is her poo that colour or consistency? At the start I used to wake up just to check she was still breathing, the things we parents worry about hey?

Admittedly hubby and I are more cautious with her, hubby more so than me, he doesn't like letting her cry and is always worried that she'll get hurt, but we're learning to let her explore and not hover over her so much so that she can grow up to be confident and brave. She has her daddy wrapped around her little finger and has bought so much joy and love into our lives that we can't remember a time without her.

My advice to parents with premature babies is hang on in there, babies are born such fighters and they are stronger than we give them credit for. It may take longer for some than others but they will make it inshaAllah and grow up to be bright, kind and responsible members of society.

My love and prayers for all babies and parents with preemies, may you have the strength to get through whatever life throws at you.

Time goes so fast and I can't believe all this happened almost a year ago. I treasure every moment and feel so blessed waking up to her smiles and hugs every morning.
at February 23, 2018