I tried to hide my pregnancy...

...but then I got Hyperemesis Gravidarum. 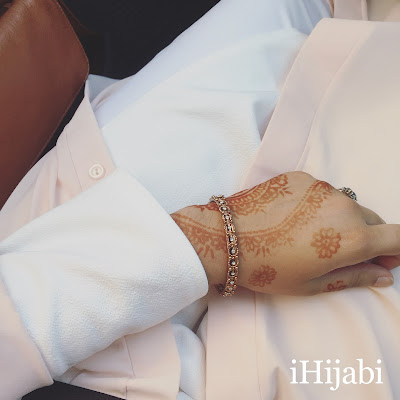 Becoming a Mum has been the biggest blessing in my life thus far. We hit the ground running when she was born 7 weeks early and haven't had a moments rest since, but waking up to her smile everyday and that look of love in her eyes makes everything worth it. I always wondered how women forget the pain and struggles of pregnancy and having a newborn to even consider having more children, but as cliché as it sounds I guess you only know when you become a mother yourself.

During the first 5 months of pregnancy, bed ridden with extreme morning sickness also known as hyperemesis gravidarum, I wondered how I would even survive to the ends of my pregnancy let alone be happy about being pregnant and having a baby.

After one cycle of Clomid I was told to take a pregnancy test exactly 2 weeks after the progesterone injections (read my PCOS post to find out what I'm talking about). Anyone who has been trying to conceive knows about that antagonising wait before taking a pregnancy test. I was tempted but I waited until the morning and finally took the test, which came up with two solid lines to say I was pregnant.

The emotions rushed through me, happiness and excitement, worry, fear all at the same time. I called the nurse to tell them the result and they told me to come for an appointment in a few weeks. I got ready and headed to work.

I didn't really get time to process what was happening before I got to work but was in a bit of a daze, I work as a Molecular Imaging Radiographer and knew that now I was pregnant I couldn't handle radioactive substances. When I couldn't just keep dodging the work I told them that I was pregnant. Yes, my work colleagues knew before my husband who went out to work at 6am. I told my manager and they started putting things into place. It basically meant I was on admin duty for the whole of my pregnancy because we didn't want to risk the baby getting exposed to any radiation.

6 weeks later and I started throwing up; I literally couldn't keep anything down. Then started my obsession with reading things online about pregnancy and all my symptoms. I read that nausea and vomiting was a good sign of a healthy pregnancy so I just carried on. I felt sick all day and threw up all day, why was it called morning sickness when you're sick all day?

I tried every remedy under the sun, ginger, eating little and often, eating whilst still in bed so I don't have an empty stomach, salted crackers, peppermint tea, literally everything!

As time went on I became more and more sick, everything I ate came straight back up, from toast to water. Many days I called in to say I was going to be late to work just so I could settle my stomach before getting onto public transport. All I would eat at work was oranges and tangerines, which worked for a while but then I started throwing that up every so often too.

Nobody in my family had any idea I was pregnant, but after a party at my aunts house I threw up outside and looked like death, which was kind was a big tell for my mum and mother in law.

I wanted to keep the pregnancy to myself for a while because I'm one of those people that reads too many articles and medical journals and I was just too scared to tell anyone in case the pregnancy wasn't viable and I had a miscarriage. I didn't want to tell everyone and then be disappointed and have to tell everyone what happened if it wasn't successful.

Days passed and the sickness was getting worse, I was throwing up 15-20 times each day, sometimes I couldn't reach the toilet and it ended up coming out through my nose and everything all over the bathroom. Most days I was too scared to eat anything, I ate things that I thought wouldn't be so awful when it came back up.

Hubby, bless him, was a complete lifesaver, he took on the cooking duties as I couldn't stand the smell of the kitchen and supported me as best he knew how. I thought the sickness was normal; this is what all pregnant women must go through right? The last straw was when I couldn't hold it in and threw up in front of my colleague at work. Maybe I needed to rest so I took a few days off work to recover but the sickness just got worse.

We then decided I needed to see a doctor to actually check if it's normal. Week 8 and I went to the GP who told me I had hyperemesis gravidarum, I had heard of it as the extreme morning sickness Kate Middleton had. The doctor gave me a sick note for 2 weeks and some antihistamines, which are often given to help treat extreme morning sickness. She tested my urine and suggested I get some urine tests to do at home to make sure I didn't get dehydrated.

After my appointment I went to my mum's and decided to tell her I was pregnant. When I told her she smiled and said she already knew because she could tell. I told her about my sickness and she told me it's not normal to throw up how I was throwing up all day everyday. She said with all of her pregnancies she felt nauseous and would throw up a little in the morning but not to the extent I was throwing up. So my little pregnancy secret was no longer a secret. Week 8 and everybody knew.

I stayed at my mum's and took the tablets I was prescribed. All the tablets did was make me feel dizzy and tired. I would sleep all day and just wake up to eat a little or go to the toilet. When I was awake I felt dazed and like I was a zombie. The antihistamines stopped working after a while so I went back to the doctor and was given a different type, which helped but never completely stopped my sickness. I was given a sick note for another two weeks. My head was heavy and I was so dizzy I couldn't walk straight or see the time on the clock.

My mum tried everything as well, one night she chopped up some ginger and put it on my head because it was supposed to help, that night I stayed up until 4am vomiting non stop whilst everyone slept upstairs.

Eventhough I felt so unwell, I also felt guilty. When I would call into work to explain the situation to my manager I felt like she didn't get it, like she thought I was being a drama queen and couldn't understand why I was taking time off work for morning sickness when so many other women can work throughout their pregnancy.

One of the days after throwing up around 10 times in 15 minutes I tested my urine, which showed I was severely dehydrated. I went to A&E where doctors checked me over and told me I was dehydrated and needed to be on a saline drip overnight. The next day some obstetric and gynecology doctors came down to see me, she told me I needed to take a tablet for morning sickness. Coming from a medical background and already hating medication I was quite weary. Last time I heard about women taking medication for morning sickness, their babies had thalidomide, a birth defect causing their limbs to not grow properly. The doctor assure me the medication called Odansetrone or Zofran was safe as far as they knew and that not getting enough food or being constantly dehydrated was going to do damage to the baby.
This isn't what I expected pregnancy to be like, where was the glow? The luscious hair? For months I was between life and death, living like a zombie that I couldn't see the light at the end of the tunnel. I was drained to the point I couldn't even feel happy about being pregnant.

Alhamdulillah the medication worked. I still didn't feel 100% but I felt like I could function again. After being off work for a month I went back, still feeling extremely nauseous and throwing up a few times but able to go out of the house and do my work. I read horror stories online about the sickness never went away until some women gave birth and I feared that would be me. But after 5 months it finally went away on its own. In those first 5 months I lost 5kg, apart from the bump I was skinnier than before I got pregnant.

I felt nauseous throughout my whole pregnancy and even when I think of those first few months now I still get flashbacks of the feeling. I would even go so far as to say the labor and delivery was easier than the sickness I went through at the start. I feel like the experience has traumatised me so much that to this day I can remember the smell of the kitchen in our old apartment and the sick feeling in my stomach.

The rest of my pregnancy up until my little cuddle bug came at almost 34 weeks was pretty un-eventful. I looked like crap the whole time, never put on any makeup or went out much, didn't take any pictures of myself or feel up to seeing people. I overplayed everything in my head and was scared to death of having a still born because my mum and cousin had still born babies and I couldn't get the thought out of my head. I was so scared of something going wrong that I didn't really enjoy it.

I always thought pregnancy was lovely and glowy, you got to eat all your favourite foods, buy cute baby outfits, do baby yoga and all that, but this is a side of pregnancy no one told me about.
at February 20, 2018