The halal food festival starts tomorrow at the London Excel. If you love food and love cooking this is the ideal event for you! 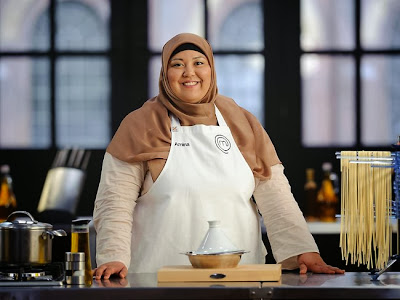 Hold on to your seats, because Amina El Shafei, Masterchef Australia 2012, will be joining us all the way from down under. Amina has both South Korean and Egyptian heritage and loves to cook food from both parts of the world. Amina was lovingly labelled in Australian Mastechef as the 'contestant the whole country has fallen head over heels for' and won the 'Woman of the Year Award' in Australia. 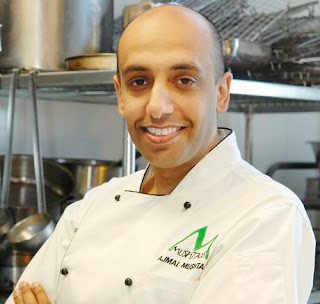 We are really pleased to have Ajmal Mushtaq, Scotland's Chef of the Year 2011/12.
Ajmal is a multi-award winning chef, and a regular at other food festivals. His demonstrations are worth watching, and he loves a good cook-off on stage. 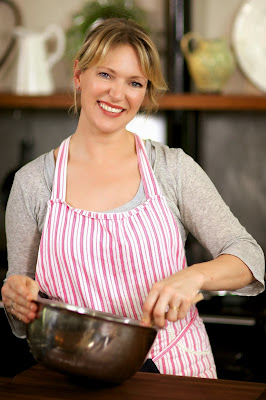 Rachel Allen, described as an 'Irish Cooking Queen', has a popular TV show showcasing her practical and delicious recipies. Rachel is an author of cookery books and a columnist for many magazines and newspapers. If you enjoy baking, you cannot miss watching her cooking on stage. 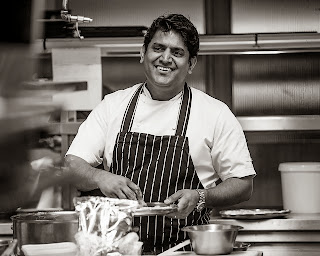 Abdul Yaseen is the Head Chef at Cinnamon Kitchen, London. Heading a team of 13 chefs, Abdul is a master of Indian cuisine, fusing it with European influences.


"Food festivals are about promoting good quality food and ingredients, and halal food is always high quality. The Halal Food Festival will encourage halal eaters to go out to eat more, including fine dining restaurants, as a lot of them do cater for halal diets. I very much look forward to participating and to making it a success for many years to come." 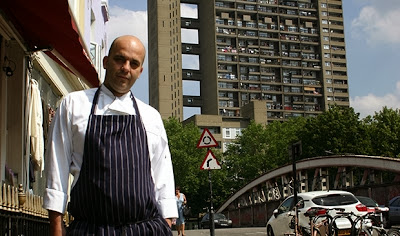 As Executive Chef of La Sophia in London, Muayad Ali has worked in some of the most prestigious kitchens in Europe, along with Gordon Ramsay and as Executive Chef at the Park Lane Hilton. His unique take on French Mediterranean cuisine and using halal meat in a fine dining experience has brought him high praise amongst food lovers. 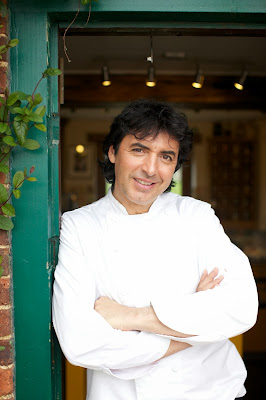 Jean Christophe Novelli is a 5 out of 5 AA Rosette and Michelin award winning chef, who is also dubbed "the nations favourite French chef". He arrived in the UK in 1983, having worked as the private Head Chef to Elie de Rothschild at the age of 19, and has now set up four award winning restaurants. Jean Christophe is a keen sportsmen and does a huge amount for charity, but his real passion is his cooking school, which has been voted one of the top 25 in the world. 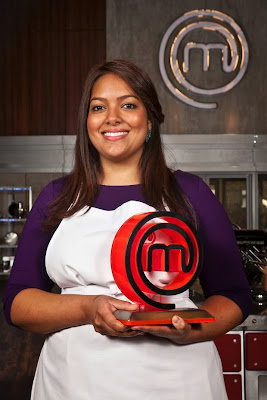 A regular in many top food festivals, Shelina was crowned winner of Masterchef UK 2012. Since then, Shelina has written a cookbook to be released in June 2013, inspired by her heritage — Mauritius. She has worked in prestigious restaurants such as Benares, refining her skills as a top chef, and recently opened a cookery school in Mauritius. 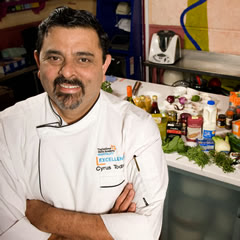 Cyrus Todiwala OBE DL is Chef Patron of Cafe Spice Namaste. Born in Bombay, Cyrus was inspired by his mother's cooking and having trained in India, he moved to London where he opened Café Spice Namaste. Cyrus is hugely active, having cooked for royalty, presidents and international celebrities and is often invited to be a guest chef at food festivals. He is an environmentalist, has written several cookbooks, and has his own range of chutneys and pickles. 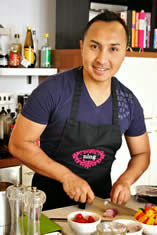 Born in Malaysia and inspired to cook by his mother, Norman is Europe's leading Malaysian chef and a passionate ambassador for Malaysian cuisine. He is Executive Chef and co-founder of Ning, a TV personality, author, teacher and entrepreneur. He is one of the most exciting and engaging up-and-coming chefs in the UK, passionately promoting his native Malaysian cuisine. With over 50,000 Facebook fans and appearances on MasterChef Malaysia, Chef Norman has achieved much since opening his first Ning restaurant. He was chef for the Malaysian Formula One team in 2010, finalist for Malaysia's National Outstanding Achievement Awards in 2011 and is currently the UK's Young Asian & Oriental Chef of the Year. He is working on his third cookbook. 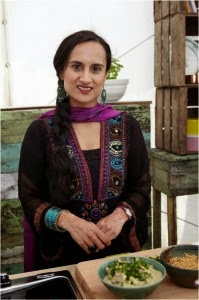 Rahila Hussain is the first-ever winner of the TV show Food Glorious Food. Inspired by her parents, she has been cooking since she was very young. An engaging presenter at Arts festivals including the Edinburgh Fringe last year, combining fantastic food with inspiring stories and poetry.  She loves all foods, but is passionate about her ancestral Pakistani food. Rahila is a seasoned traveller to all corners of Pakistan seeking out recipes and stories. Rahila currently writing a cook book of traditional and contemporary Pakistani food. " You'll need knives, forks - and elbows, to fight your way to the front. Wonderful food" Alan Rickman 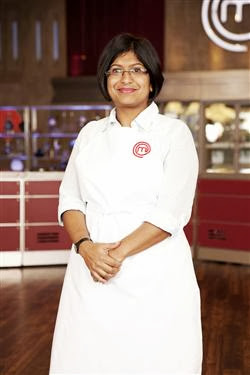 Saira, who was born in South Wales but has lived around the world, was a semi-finalist on BBC MasterChef 2013 and has gone on to great success with her company Small Aubergine. She wants to teach the world how to make fresh and amazing Bengali food, just like her mum taught her. 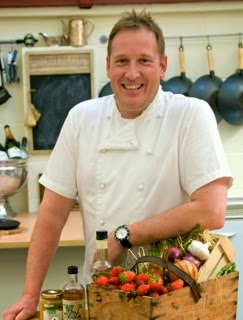 Nigel Brown is a highly sought after chef originally from East Yorkshire. Food and catering have been in the family and Nigel followed in the family footsteps. Nigel has spent time working in some of the UK biggest and busiest hotels and spent time overseas in the acclaimed Ecole de Notre where he picked up skills and knowledge of specialist patisserie work. He has worked along side many well known chefs including James Martin and Jean Christophe Novelli.

Who are you most looking forward to seeing?

Have you got your tickets yet?

It's not too late just go to  http://halalfoodfestival.com/buy-tickets.php

(All chef bio information courtesy of HalalFoodFestival.com)
at September 26, 2013