I've already expressed my excitement at seeing some of the designers and speakers at the event, it has now been confirmed that Sr Myriam Francios-Cerrah will be the hostess (she also appeared in our 'inspirational Muslims of today' series, which you can read here) and other speakers will include Fatimah Barakatullah, Rimla Akhter, Haslina Mohd Ali & Shelina Zahra Janmohamed...here is a little more info about these inspirational women. 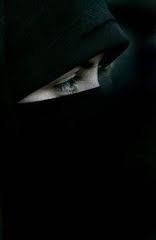 Born and raised in the United Kingdom, Fatima has had a rich Islamic education from an early age thanks to her parents.

Fatima Barakatullah is a writer & public speaker and prominent Islamic da'eeah who contributes regularly to mainstream media. She is an Instructor for iERA's Call of Duty Dawah training course.

Fatima began her Arabic and Islamic studies in Egypt, at prominent institutes such as Al-Fajr Center, Qortoba Institute and Al Azhar University. She continues to study and lecture and write on Islamic Law, bringing the wisdom of Islam to life for her audiences.

Fatima has contributed to many documentaries and live shows which have been broad casted on stations and channels such as BBC Radio 4, the World Service, as well as BBC Television and Islam Channel. She also regularly contributes to discussions on London Radio stations such as LBC and BBC London.

A chartered accountant by profession, Rimla has been making her mark in the sports field for over 12 years. As chair of the Muslim Women's Sport Foundation (MWSF), she has led the organisation to one with an international reputation for its work in women's sport.

She worked to obtain £235k for the MWSF and to bring the charity to a level where it sets the standard and drives the agenda for this industry. Rimla and the MWSF have been recognised with various Awards, including the Asian Woman in Sport at the inaugural Asian Football Awards in January 2012 at Wembley Stadium, the Mosaic Award for Sport in 2008 and the Muslim News Award for Excellence in Sport in 2009.

Haslina Mohd Ali is the Marketing and Corporate Communications director for the Islamic label Sri Munawwarah Design - the pioneer in Islamic Fashion in Malaysia. Haslina has been a presenter and guest on many TV shows since 1994 and is currently a media wardrobe consultant for Malaysian TV channels.
She has worked with celebrities, dignitaries and royalty from Malaysia and Brunei.
As an entrepreneur, stylist, speaker, writer and a mother to 5 daughters, she is driven by her passion to promote a more dynamic Islamic Lifestyle for women and their families all over the world.
Haslina will be speaking at the Urban Muslim Woman Show on Saturday 15th June at the Novotel London.
Shelina Zahra Janmohamed

Shelina Zahra Janmohamed is a writer with many credits to her name, particularly as the author of Love in a Headscarf a memoir that concerns her life as a Muslim woman in England. Janmohamed has also written articles for British publications like The Times, The Guardian, The National, The Muslim News, and Emel Magazine. Her articles tend to focus on, like her other writing, Islam and current affairs, particularly Muslim women in the West.

Janmohamed is also behind Spirit21, an award-winning online blog where she explores the relationship between Muslim men, women, culture, and society.
I would LOVE to meet some of you girls there so go to the Urban Muslim Woman Show website and book your tickets before it's too late!
at May 12, 2013