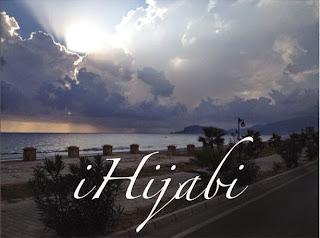 This Surah is one of the early Surahs revealed at Makkah.

-The night of Qadr, in which the Quran was revealed, is better than one thousand months

The theme of this surah is to acquaint man with the value, worth and importance of the Quran. Being placed just after Surah Al-Alaq in the arrangement of the Quran by itself explains that in the Holy Book, the revelation of which began with the first five verses of Surah Al-Alaq, was sent down in a destiny-making night, which is also called the Night of Power. It is a glorious Book and its revelations for mankind is full of blessings.

The Night of Qadr (destiny) has two meanings, both are implied here. First it is the night during which destinies are decided. Second the revelation of this Book in this night is not merely the revelation of a book, but an event which will change the destiny of the entire world. In other words, this is a night of unique honor, dignity and glory; so much so that it is better than one thousand months.

Thus, the disbelievers of Makkah have been warned: "You, on account of your ignorance, regard this Book, which Muhammad (peace be upon him) has presented, as a calamity for yourselves and complain that a disaster has befallen you, whereas the night in which it was decreed to be sent down was such a blessed night that it is worth more than one thousand months. In other words, a task was accomplished in it for the well-being of mankind which had not been accomplished during on thousand months of human history.

Finally, it is stated that in this night, the angles along with angel Jibreel AS descended with all decrees by the leave of their Rabb. There is peace from evening till morning; that is, there is no interference of evil in it, for all decrees of Allah are intended to promote good.

Taken from 'English Translation of the Meaning of Al-Qur'an the guidance for mankind' by Muhammad Farooq-i-Azam Malik; The Institute of Islamic Knowledge Texas USA...

Check out the review for it here