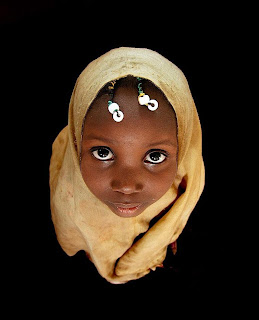 "I and the guardian of orphans (whether the orphan be of his near or distant relations, or of strangers) will be in one place in the next world; like my two fingers, nearly touching each other."-Muhammad PBUH

Assalamu alaikum.
I've been debating with myself for a while now on whether I should write this post on orphan sponsorship or not. Charity that is sincere and comes from the heart is the one most rewarded by Allah SWT therefore I did not want to write this post in case it was seen as boasting (which kinda defeats the purpose of any good deed) In the end I decided that it was all down to intentions, my intention for writing this post is not to show off about my charitable work, it is to encourage other Muslims out there to stop thinking about how to increase their wealth to buy nice houses and cars and remember those who don't have anything. (May Allah forgive me if this is wrong)

During Ramadhan I recieved a Muslim hands (charity) booklet, as I looked through it and read about all the amazing things this charity does around the world I wanted to be part of it. I came across the orphan sponsorship scheme and it really appealed to me, from then I decided that I wanted to sponsor an orphan.


Alhamdulillah I have both my parents looking after me, enough food on my plate, a roof over my head, new clothes, the chance to get a good education and soo much more than most people around the world.  The more I thought about all the things I have, the more I knew I had to look into this.

On TV I was watching a documentary about poverty and war stricken countries. Christian missionaries were going to these Muslim lands and opening schools for orphans in those countries. Then it hit me, as Muslims give money to family back home (to people who probably don't really need it) and buy new houses and cars, Muslim children, who had lost both parents were being converted from Islam to Christianity. I nearly cried thinking about how the Ummah is asleep, while these poor children have no choice but to compel to the teachings of the only people that are taking them in and showing them some love. I just thought, Allah will ask me about this, He will ask me what I was doing with my money while all of this was going on. That was the turning point, I had to do something.

I looked up different charities that carried out orphan sponsorship and was overwhelmed with the number of charities that carried out this wonderful work. I read the different stories about each individual orphan with tears in my eyes, all I could think was imagine if that was me. (note: an orphan on these charity websites is a child whose father has passed away). I spent nearly two weeks reading through every profile and wondering how on earth I'm going to choose only one child. I tried to find a child that was quite young and in a worse situation than the others, I can tell you now,  that this method of trying to find the most needy child is impossible. In the end I went with Muslim hands and decided to use the random number generator and choose a child to sponsor that way.

For the child I am going to sponsor I will receive details of that child, his address, photo, annual school reports etc. I will be giving £27 a month (which really is not a lot) and inshaAllah my money will be going towards his education, food, clothing, books for school and helping out his family. My donations will not only help that child and his family out in the short term but also for his future through his education Alhamdulillah. The child I will be sponsoring is a little boy called Yusuf from china whose father passed away when he was very young, InshaAllah I really hope that this child will have a brighter future with the help of Muslim hands and my donations.

I urge every person reading this to really think about their lifestyle and try to help these needy children out there. With the west invading many Muslim lands and killing innocent people who leave behind young children with no one else to rely on, it is time for you to step up to your duty as a Muslim and take care of these children. By paying for a child's education you will be setting them up for life inshaAllah as with the skills and knowledge they gain from school they will be able to work and make a living for themselves and their future families.

Remember Sadqa does not decrease your wealth and think of the satisfaction that you will feel knowing that your doing your bit for the good of humanity and for the sake of Allah. We cannot change the world unless we change ourselves first, so don't just dream of a world with no poverty, make it happen. Every intention, every du'a, every penny makes a difference.

This post is to raise awareness for all the orphans who have no voice, please, help them in any way you can. Its your responsibility.

Here are a list of some charities that have an orphan/student sponsorship scheme.

http://www.uwt.org/site/project_details.asp?id=149
-£15-£25/month depending on country
-Can pay yearly or any amount for most needy child